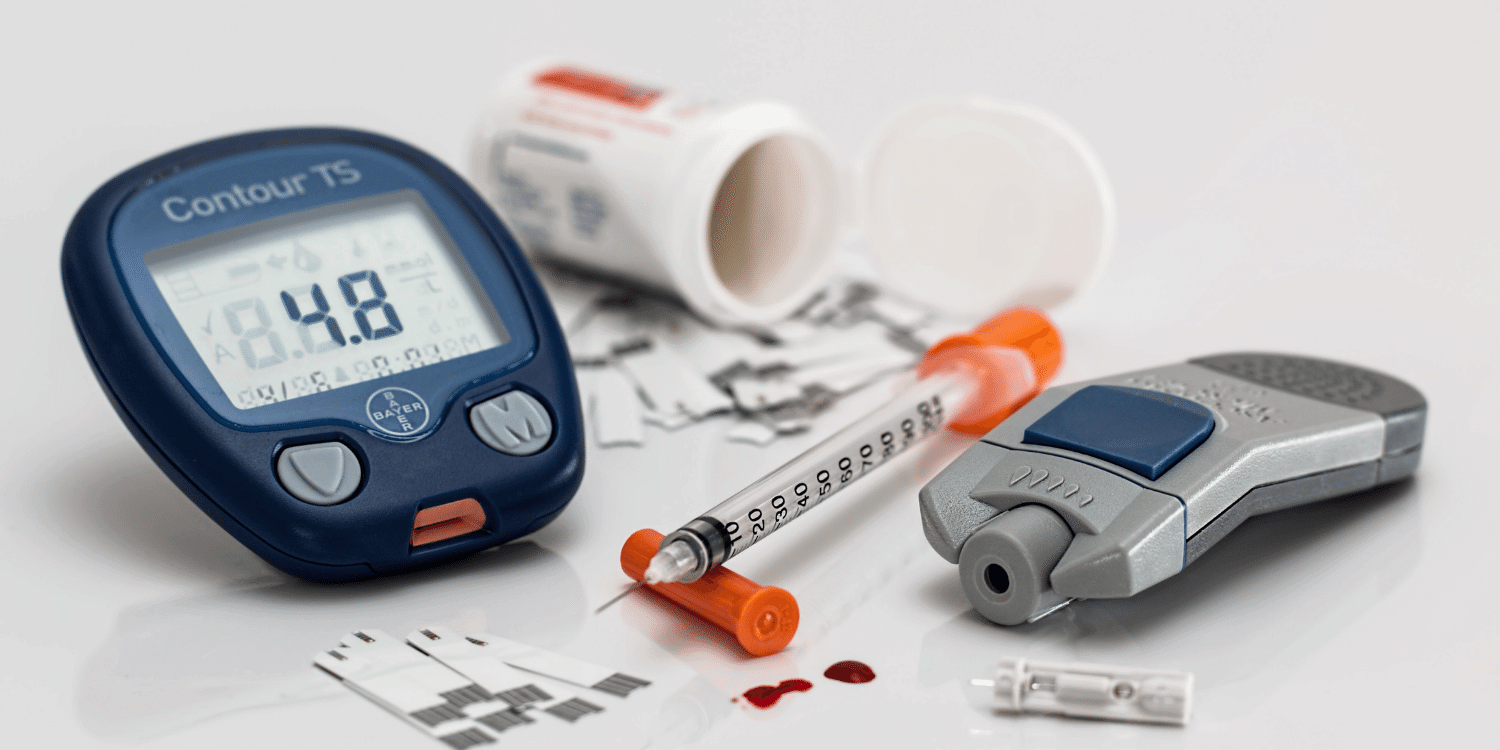 Diabetes mellitus is a condition that causes a carbohydrate metabolism disorder leading to the elevation of glucose level in the blood. Carbohydrate metabolism disorder occurs because of an insufficient amount of insulin. When the damaged pancreas doesn’t produce insulin, i.e. the absolute deficit of insulin is called type I diabetes. When it produces an insufficient amount of insulin, a relative deficit of insulin is called type II diabetes. Genetic predisposition plays a critical role in the occurrence of both types of diabetes. But most commonly binge eating, and obesity determine the occurrence of type II diabetes. The main symptoms of diabetes mellitus include weight loss, poorly healing wounds, frequent urination, loss of capacity for work, feeling of tiredness, loss of sexual vigour, menstrual disorders, excessive thirsting, itching around genitals.

Thyroid Goitre is the most common endocrine disorder. It is characterised by an enlargement of the thyroid during normal production of hormones. There are two types of goitres. The diffuse goitre, which is an enlargement of the whole thyroid gland and increased production of thyroid hormones. With time, the goitre may develop into a node, thus increasing the risk of developing cancer. The vernacular goitre, which is an enlargement of the thyroid due to the deficit of iodine and other microelements. It can also be related to an increase in the organism’s demand in thyroid hormones in certain periods of life such as adolescence or pregnancy. The main symptom of thyroid goitre is an enlarged thyroid that causes hoarseness, breathing difficulties, weight loss, tiredness, weakness, skin pallor, xerodermia, swollen palms and eyelids, and changes in voice. The most common treatment for goitres is related to hormone therapy, but sometimes it needs to be surgically managed (a part of the thyroid is resected).

Acromegaly (also known as pituitary gigantism) is an endocrine disorder caused by a non-malignant adenoma in the anterior pituitary gland (hypophysis) that is responsible for a variety of hormones determining growth, development, puberty, reproductive function and breastfeeding.  The symptoms of acromegaly are divided into external and internal. The external symptoms include the enlargement of palms, feet, low jaw, tongue, and thick facial skin covered with wrinkles. Internal symptoms include tiredness, sleepiness, headaches, an enlarged thyroid gland, joint pain, reduction in vision, and reduced glucose tolerance.Pituitary dwarfism (microplasia) is an endocrine disorder characterized by decreased or interrupted body growth, and irregular formation of the organism due to the secretion of a decreased amount of growth hormone in the hypophysis. Growth hormones stimulate the development of bones, cartilage and soft tissues. The main symptoms of this disease include a delay in growth and development, muscle weakness, low height, overweight, skeleton abnormalities, and small internal organs. Pituitary dwarfism develops because of the lack of the growth hormone (due to labour traumas, nervous system infections, incest), dysplasia of the pituitary gland (congenital or developed after a surgery), and experienced brain trauma or tumours.